Five actors and seventeen puppets performed in this Vaudeville style show to re-envisage this classic tale by Charles Dickens inside a specially constructed accounting office.

The brief was to create a low tech and intimate ghost story that was both funny and true to the original story. The actor/puppeteers were fully visible in hot woollen period costume and the puppets varied greatly in style from Victorian parlour game prop to Jacob Marley’s rancid persona hanging in the ether. The ghost of Christmas Past descended from the ceiling, Christmas Present buffooned with the audience like a stand up comic while the Cratchet family huddled around their sad little table.
With a capacity of ninety five some of the audience felt a little too close as the puppets seemingly crawled out of the walls but by the end no-one was left unmoved.

The development of the project was spread over 2 or 3 years but the experiment of puppet and actor working alongside each other was a critical success for the National Theatre of Scotland and remains one of their most talked about shows. 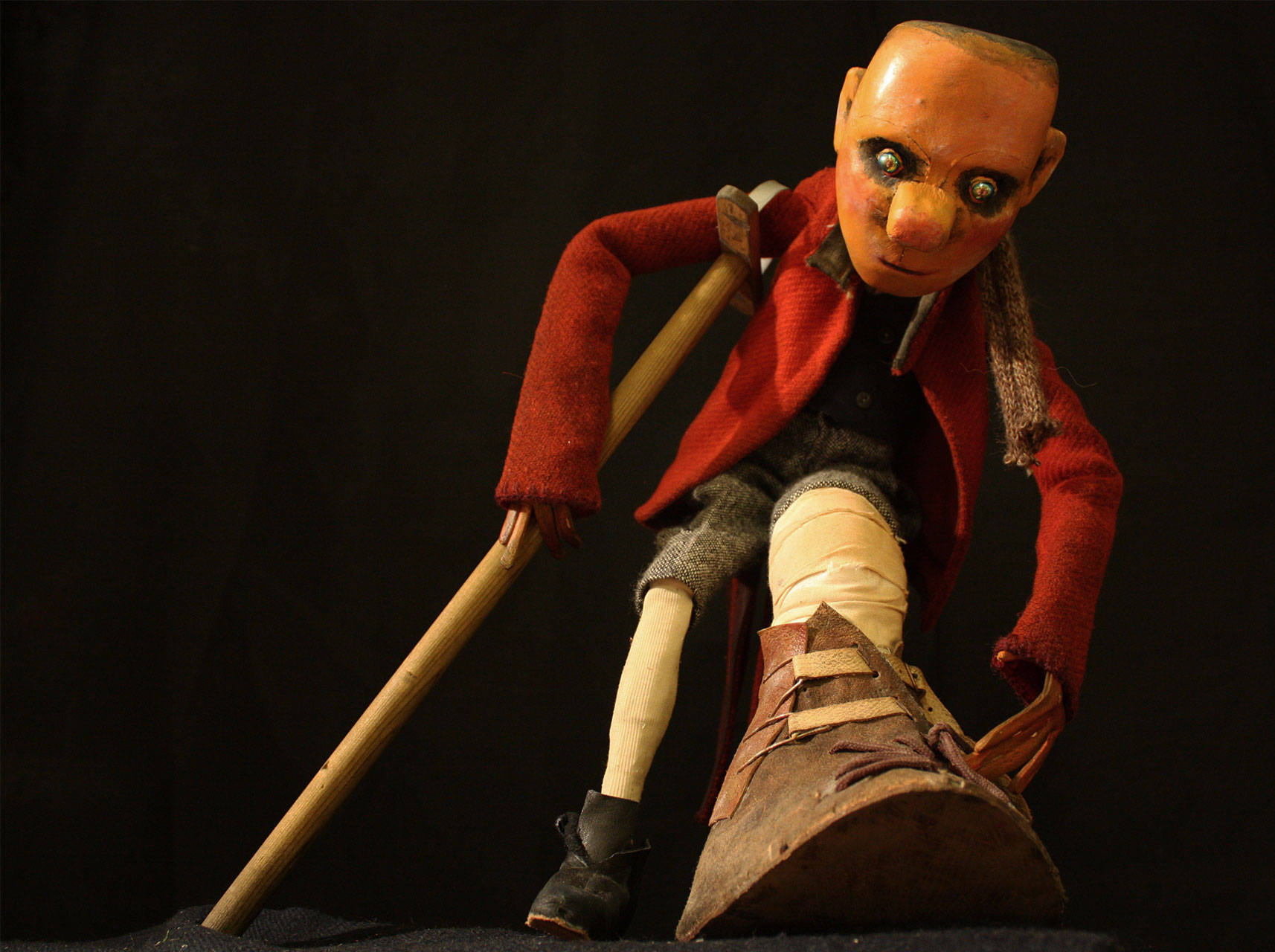 "..when Gavin Glover's superlative puppets magically appear through the apparently solid walls of the set, they have such a fearsome, otherworldly demeanour" 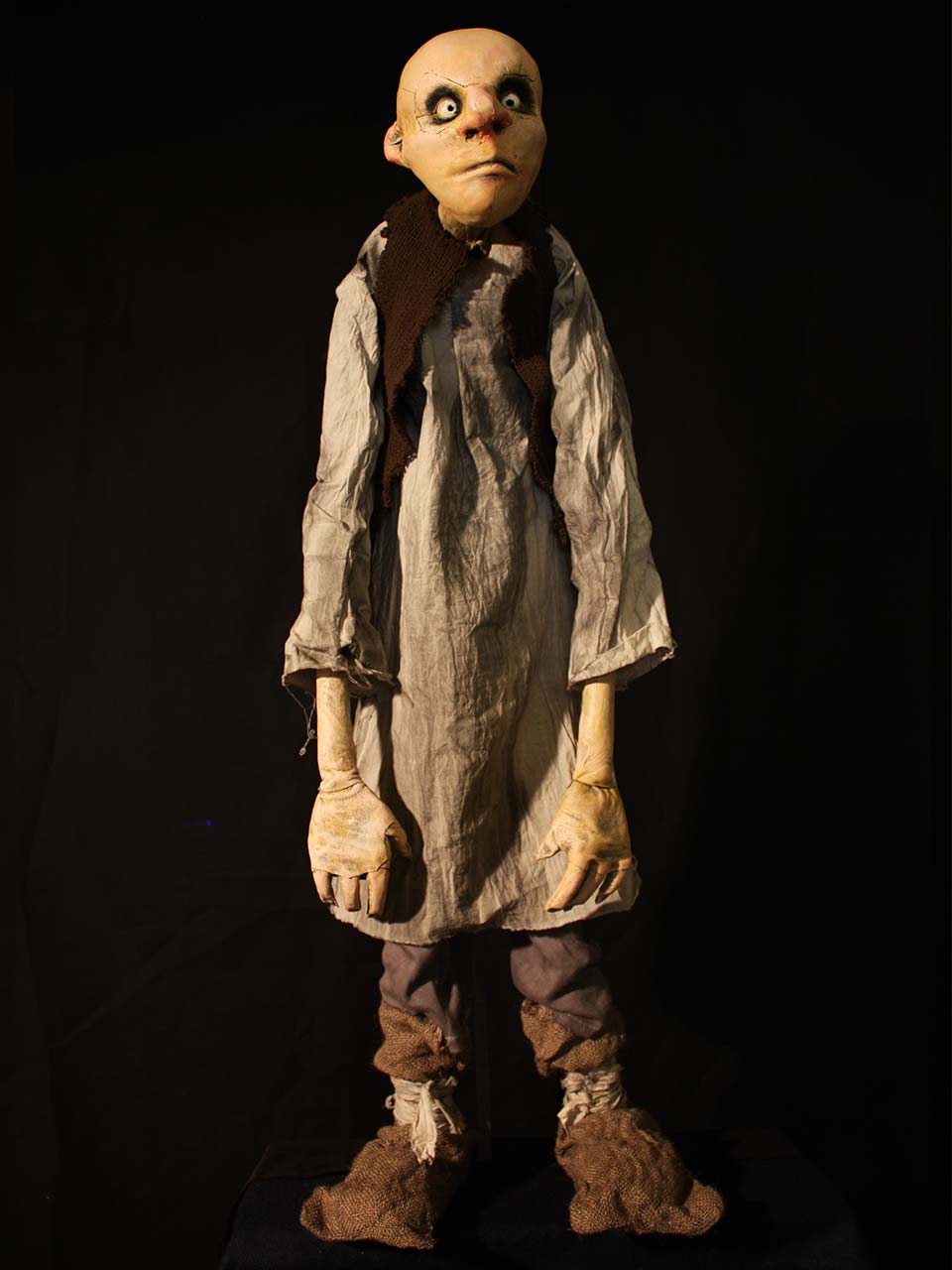 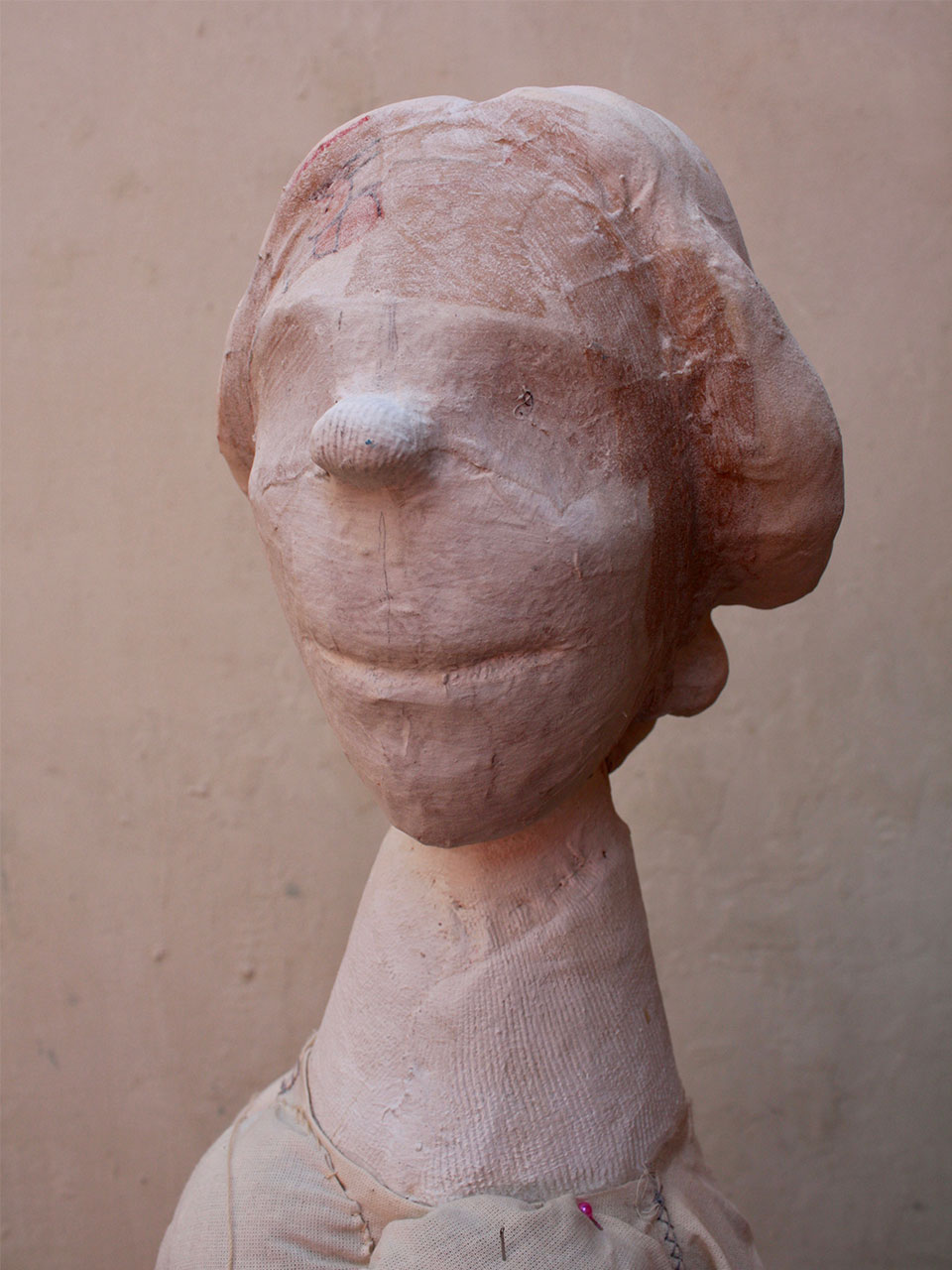 Party guest in the making 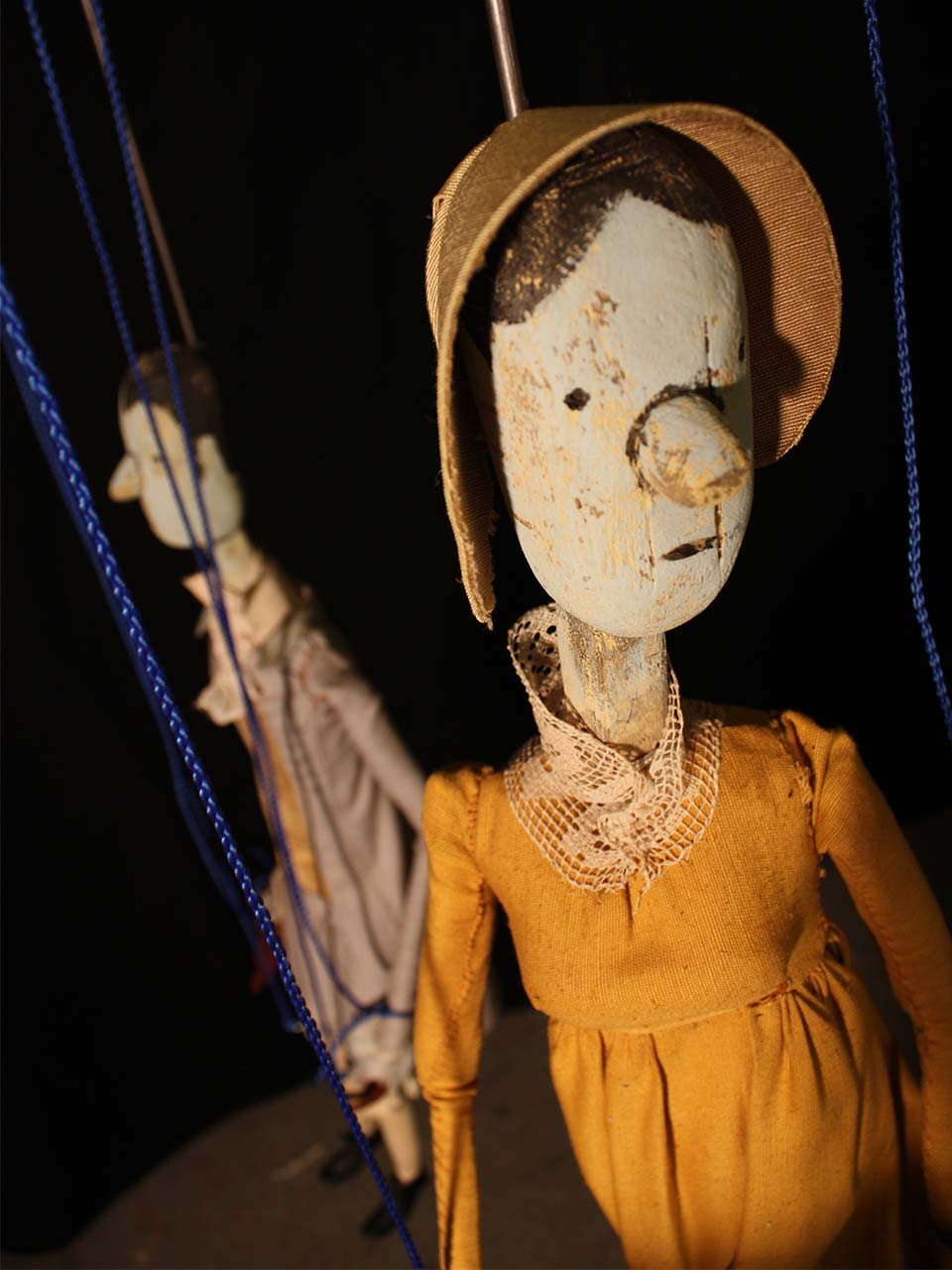 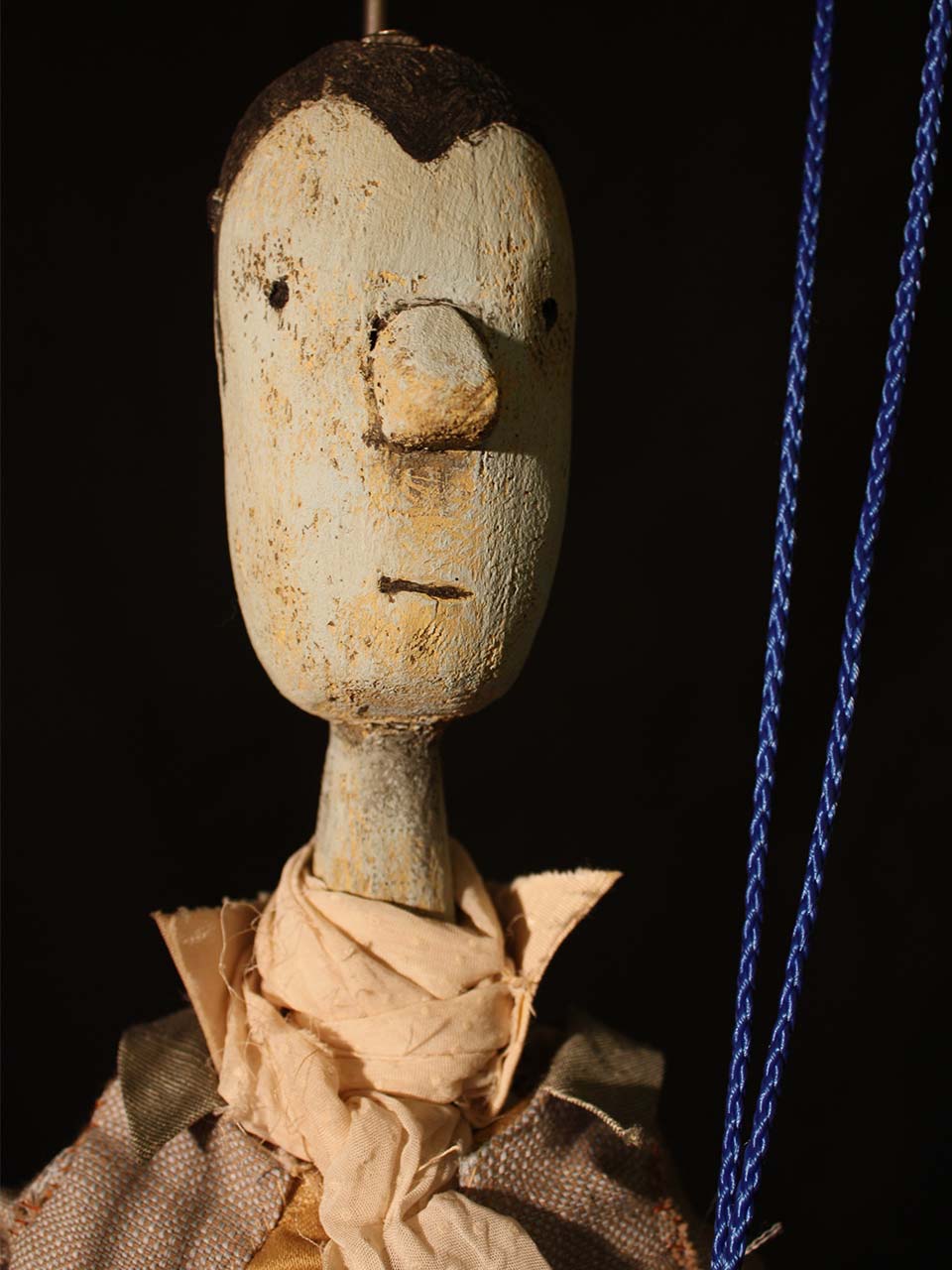 Adapted and directed by