A superb theatrical homage to James Joyce's chronicle of Dublin life.
Drunken dancing, outrageous clowning, foul mouthed puppets and live music all set in a ballroom with the audience sat cabaret style on the stage.

I made a number of puppets for this adaptation of Ulysses, a notoriously difficult novel to adapt and many characters were cut as the script developed. Rudy, the lost son of Bloom, was a mournful full figure puppet who appeared in ghostly visions as does a mask of Stephen Dedalus's mother. The abusive Citizen and the four ventriloquist characters who appear in Barney Kiernan’s pub may not the most beautiful puppets I have made but they certainly suited the bawdy Vaudeville scenes as they lurched drunkenly amongst the audience. 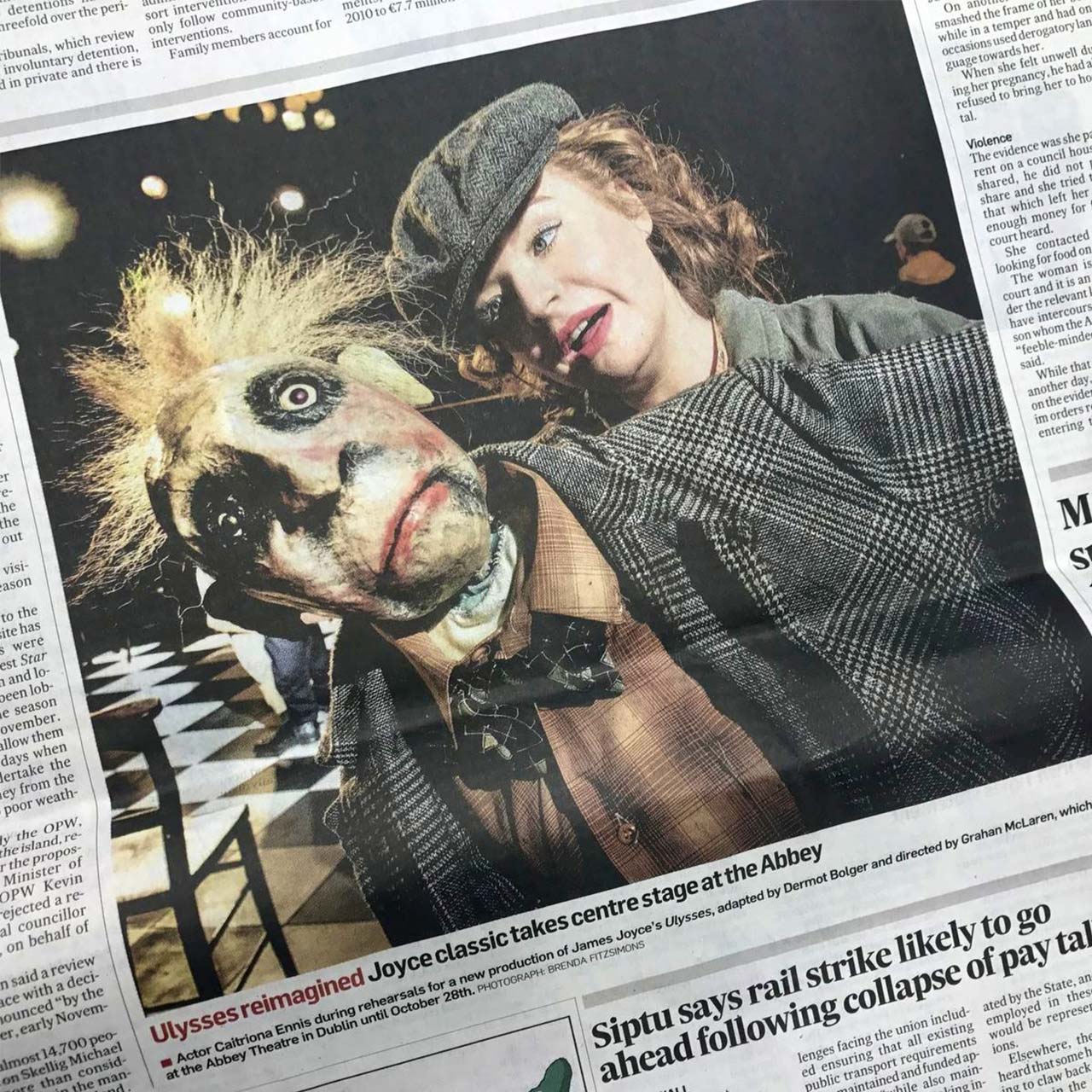 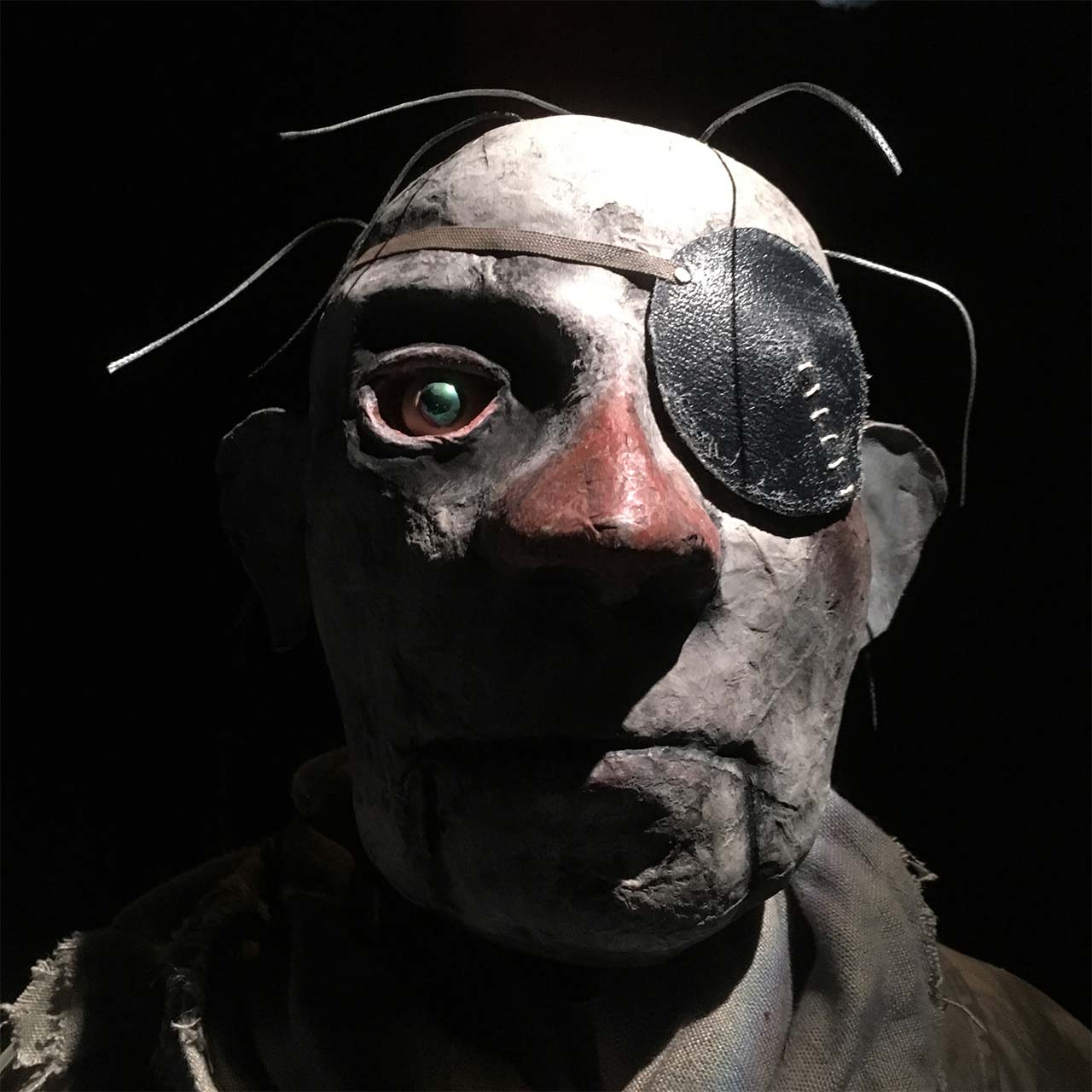 the malevolent presence of the Citizen at over 2 metres high 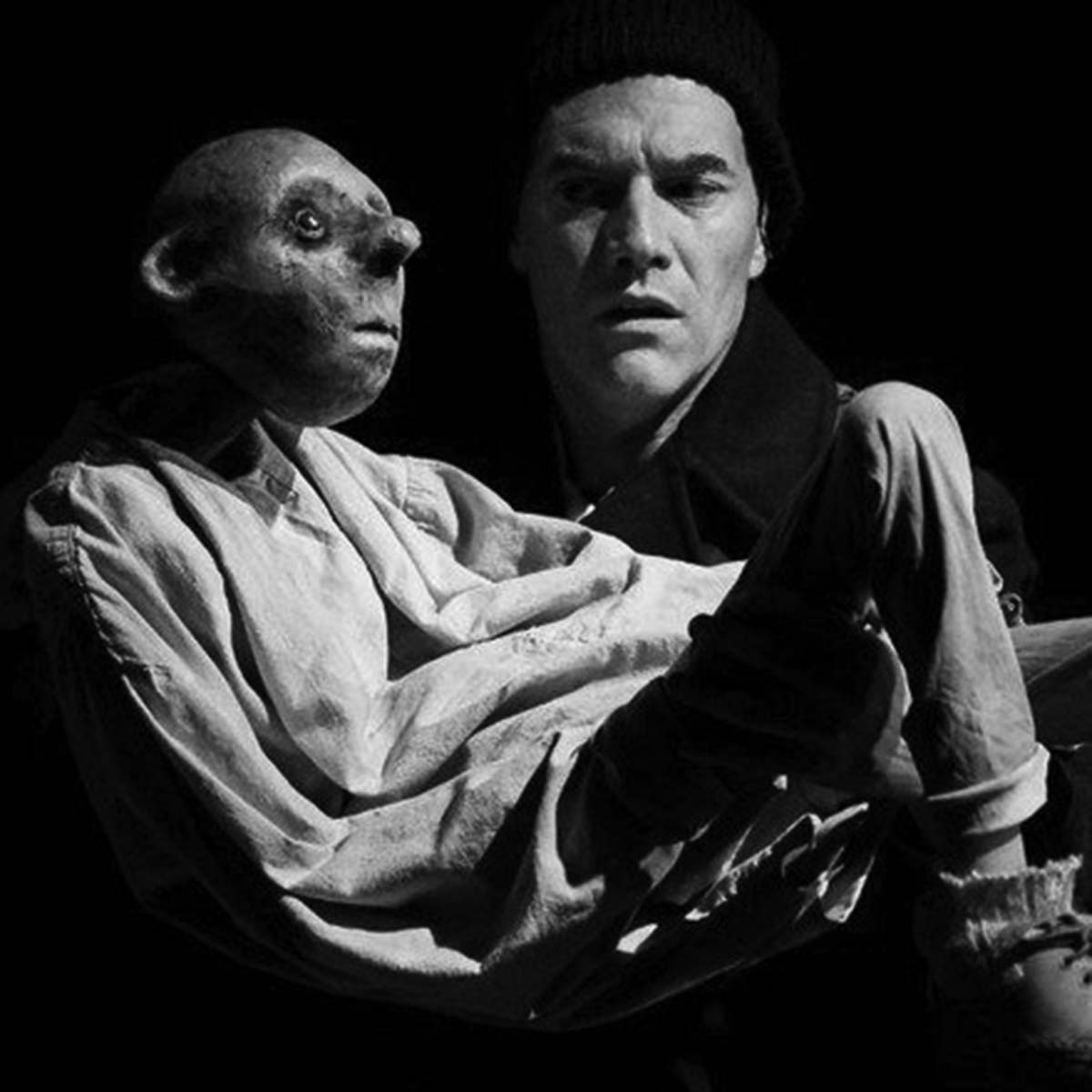 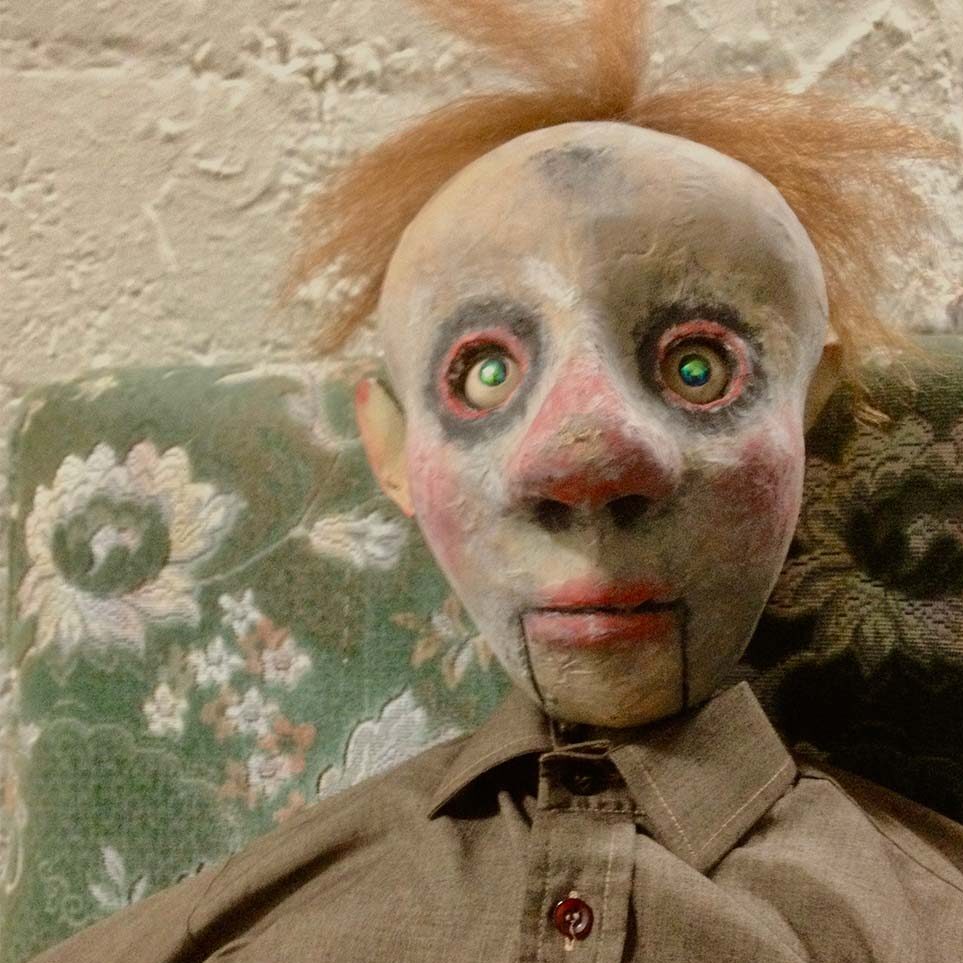 Bob has another Guinness 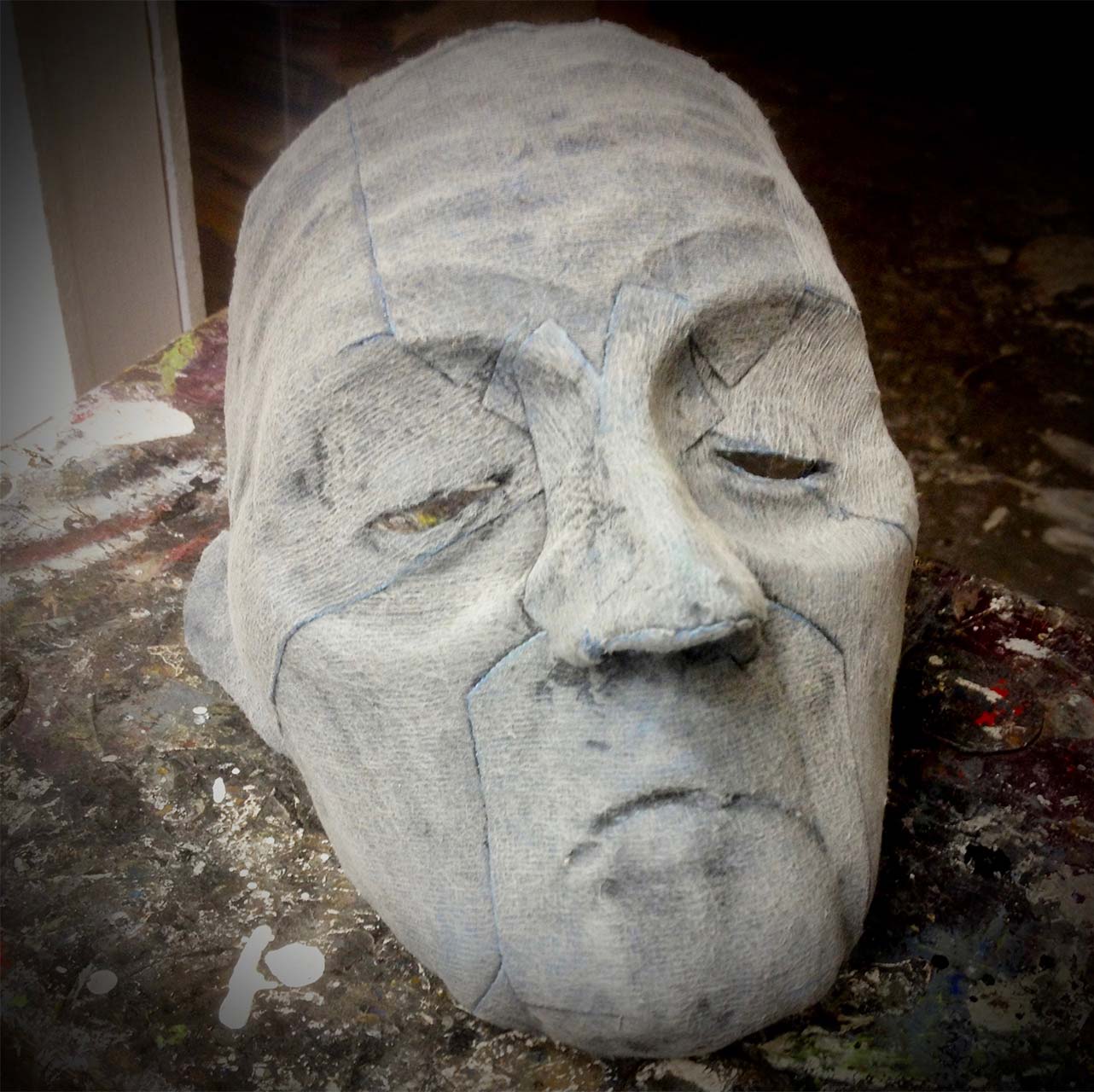 mask of the dead mother

Directed and designed by