Associate director and designer for

THE NATIONAL THEATRE OF SCOTLAND 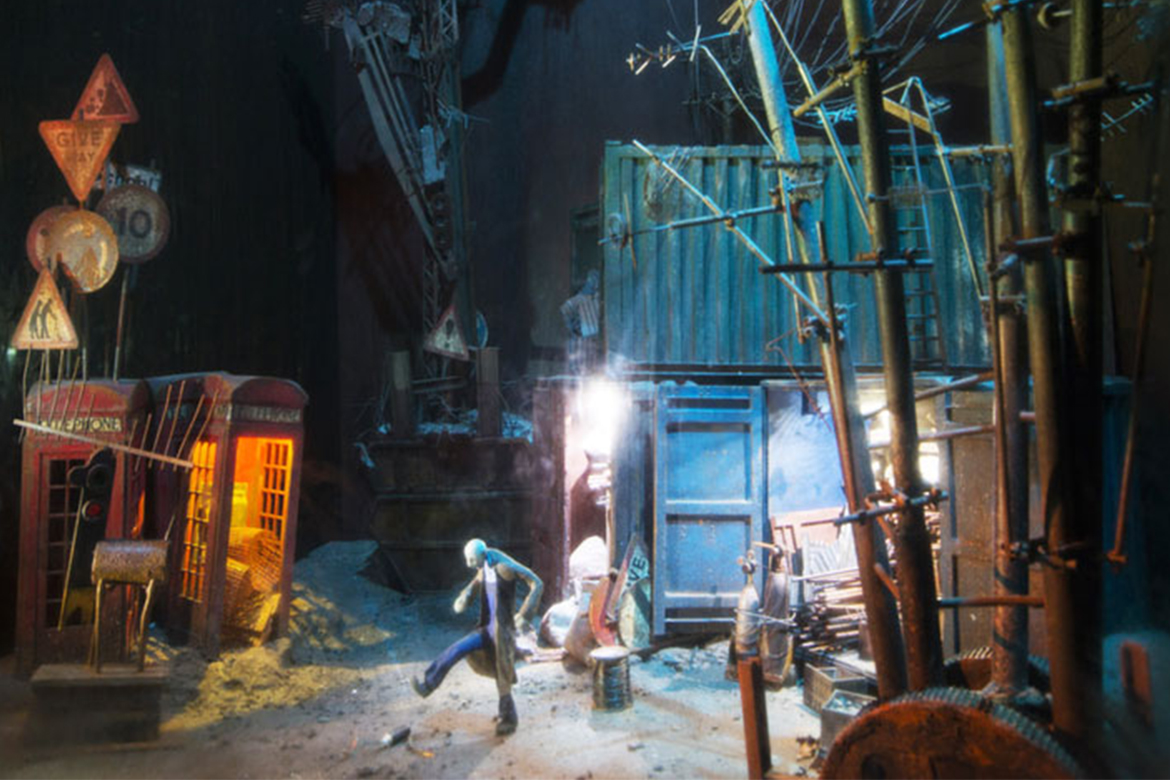 Inspired by the book by
Helen Ward and Wayne Anderson

Adapted and directed by
Graham McLaren

A grumpy old man exists in a world of twisted metal and broken scrap. Inspired by a worn out wildlife documentary, he sorts and sifts and organises and slowly builds himself a tin forest. One day he feeds a large bird that appears but the bird wants more and more until all his food is gone. The bird flies off leaving a trail of shite, the man follows but it has gone, he becomes angry and tired of his lonely life.

But one morning he wakes to find his little house surrounded by jungle. Wildlife roars around him, he hears noises on the roof and sees movements in the bushes. Is it some marauding tiger about to eat him? No it is his bird now nesting near his window with a single chick feeding off the fruits of this new paradise. The old man's world is reborn, perhaps he has died and gone to heaven or perhaps through his lifetimes work he has set the seed for a brighter tomorrow.

An installation/performance for an audience of 10. Presented at the Old Rotunda building on the River Clyde as part of the Commonwealth Games Glasgow 2014