A Rock and a
Hard Place

Restless Worlds -  eight kinetic shop window installations on display in the town centres of Edinburgh, Aberdeen and Glasgow during April and May 2021

The idea was inspired by The Decameron, a collection of short stories written by Giovanni Boccaccio in 1353 during another pandemic. Eight Scottish based artists created the eight very different pieces for Restless Worlds. The concept of creating stories with such a loose brief allowed us to devise almost anything we wanted.

A Rock and Hard Place is a collection of mini dioramas made up of 4 areas of intrigue.. The Earth, the Sky, the Sea and the Mind. Science was in its infancy back in the 14th century. Many theories about the world existed, some correct but most often completely wrong. Viewed from the street you can imagine a parallel world where migrating birds fly to the moon, pigs quietly copulate in the meadows of a flat Earth and below the fires of Hell burn most of humanity. 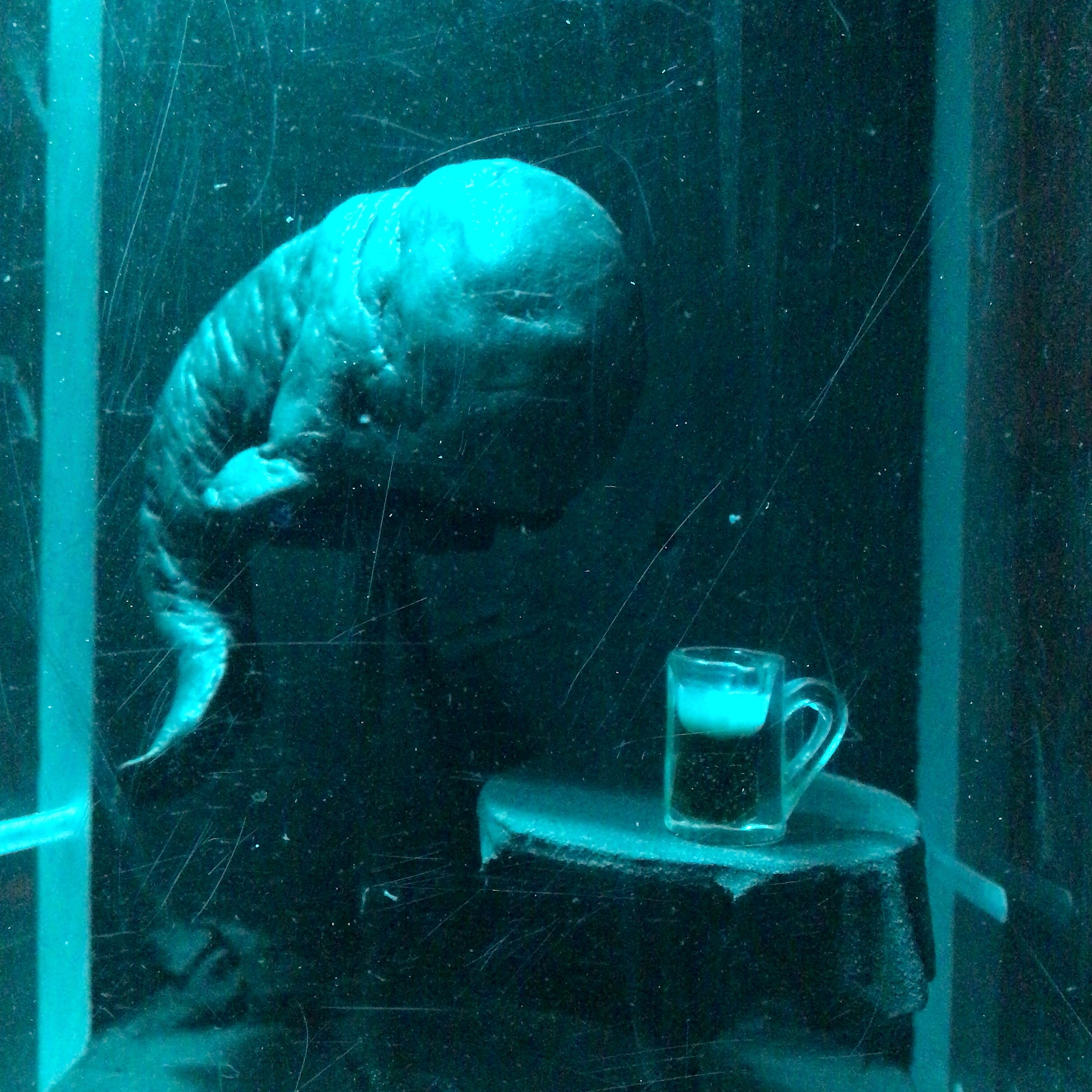 “Best of all is Gavin Glover’s A Rock and A Hard Place
– a madcap, motorised cabinet featuring a variety of exotica from the depths of the ocean to the surface of the moon, accompanied by a gruesome, grisly poem.” 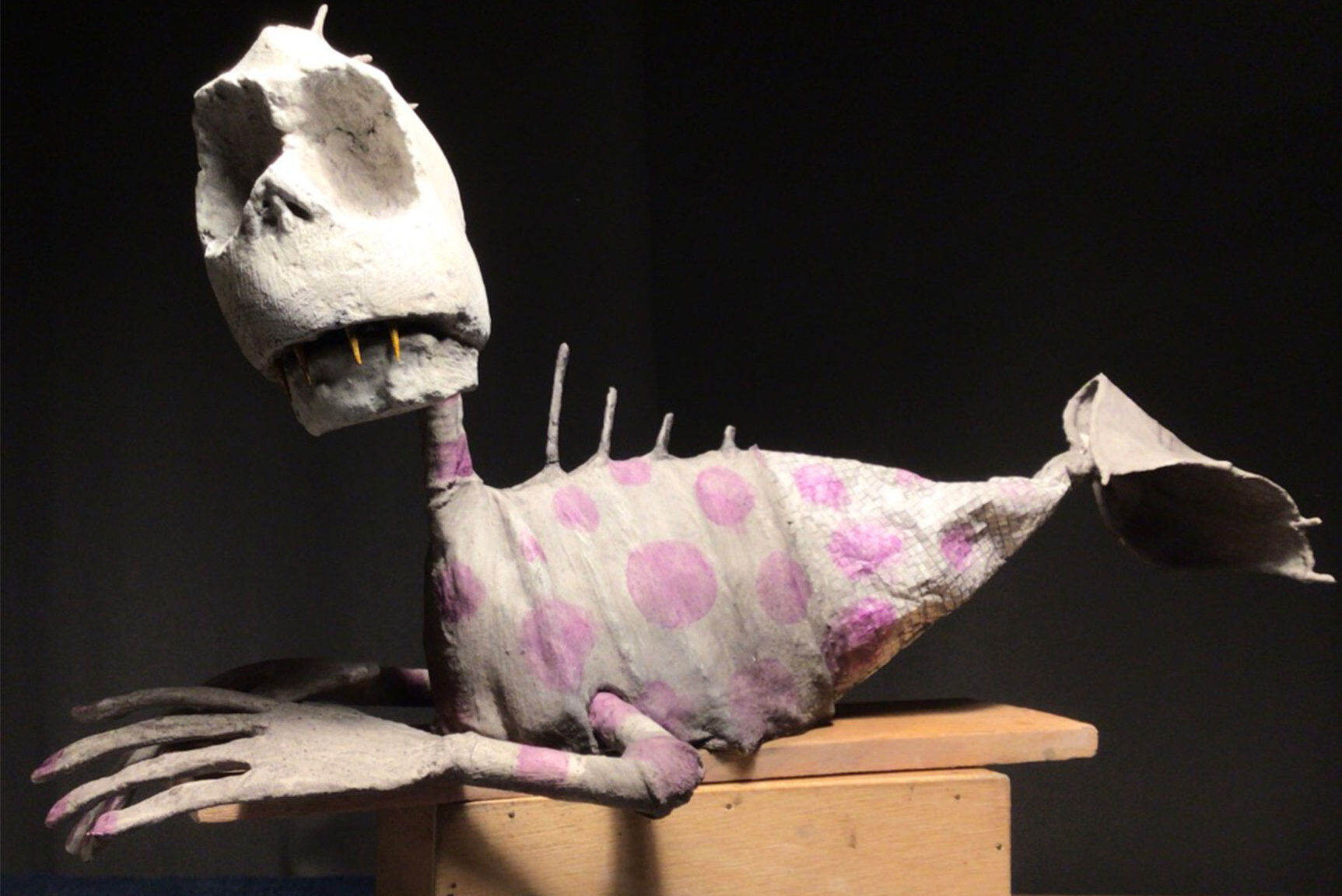 Mummified beastie found off the north coast one stormy night 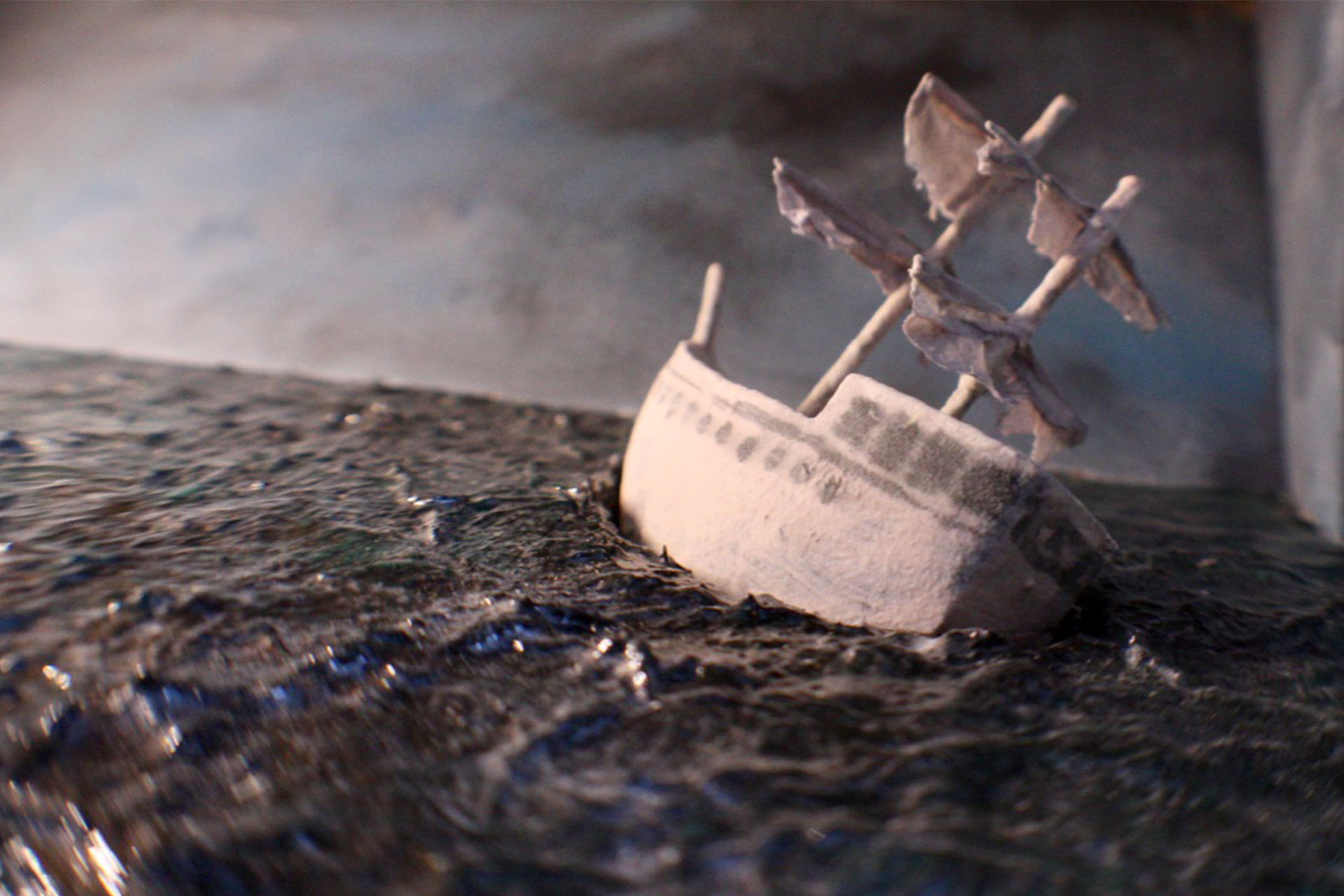 Ghost ship appears on the horizon 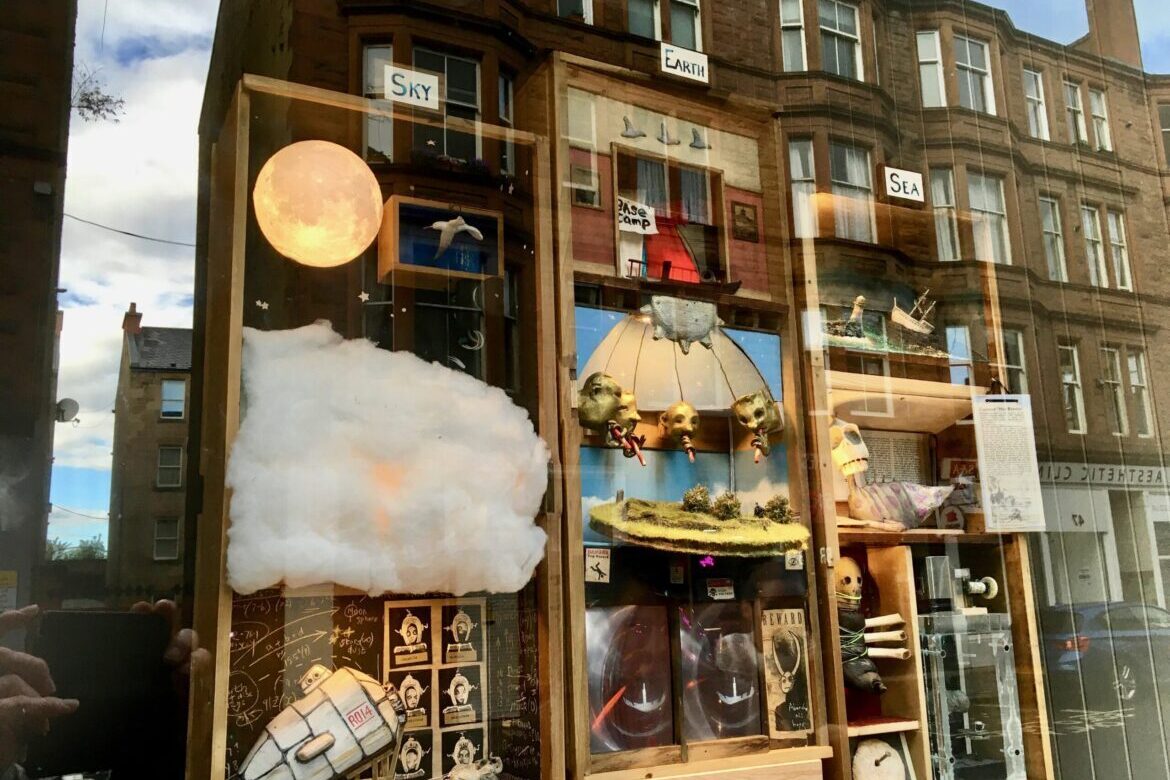 A Rock and a Hard Place in a shop window in Trongate, Glasgow 2021 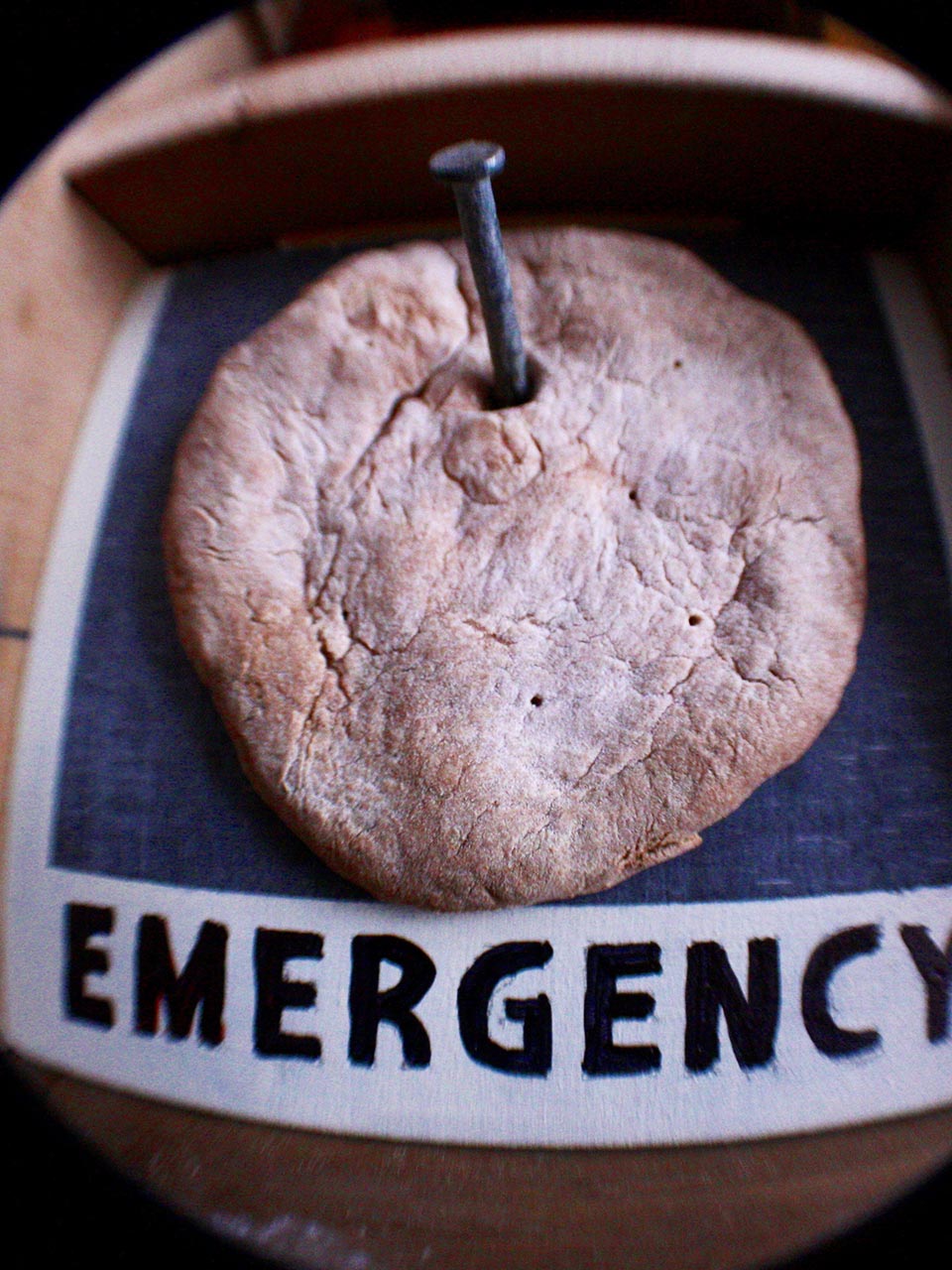 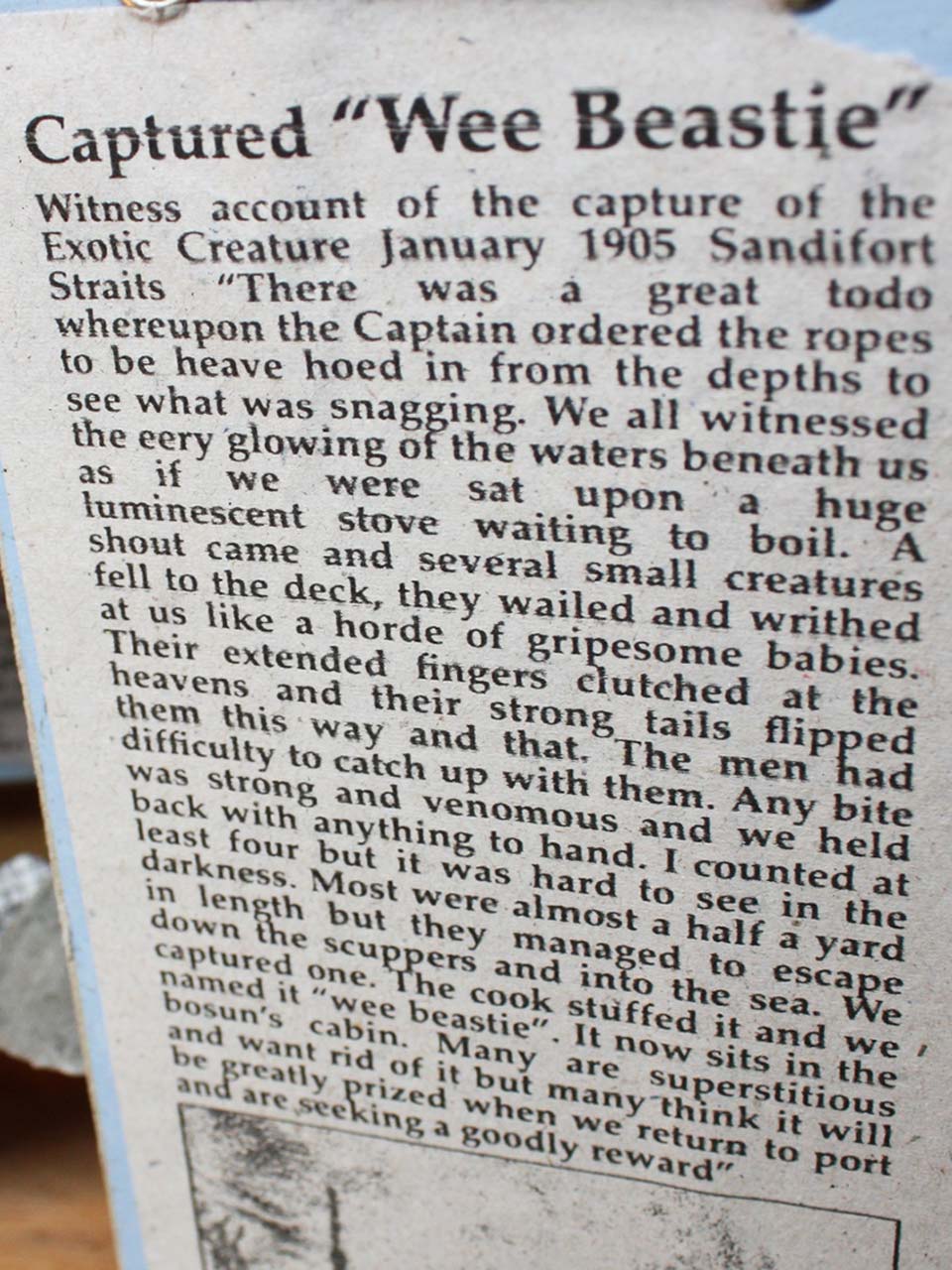 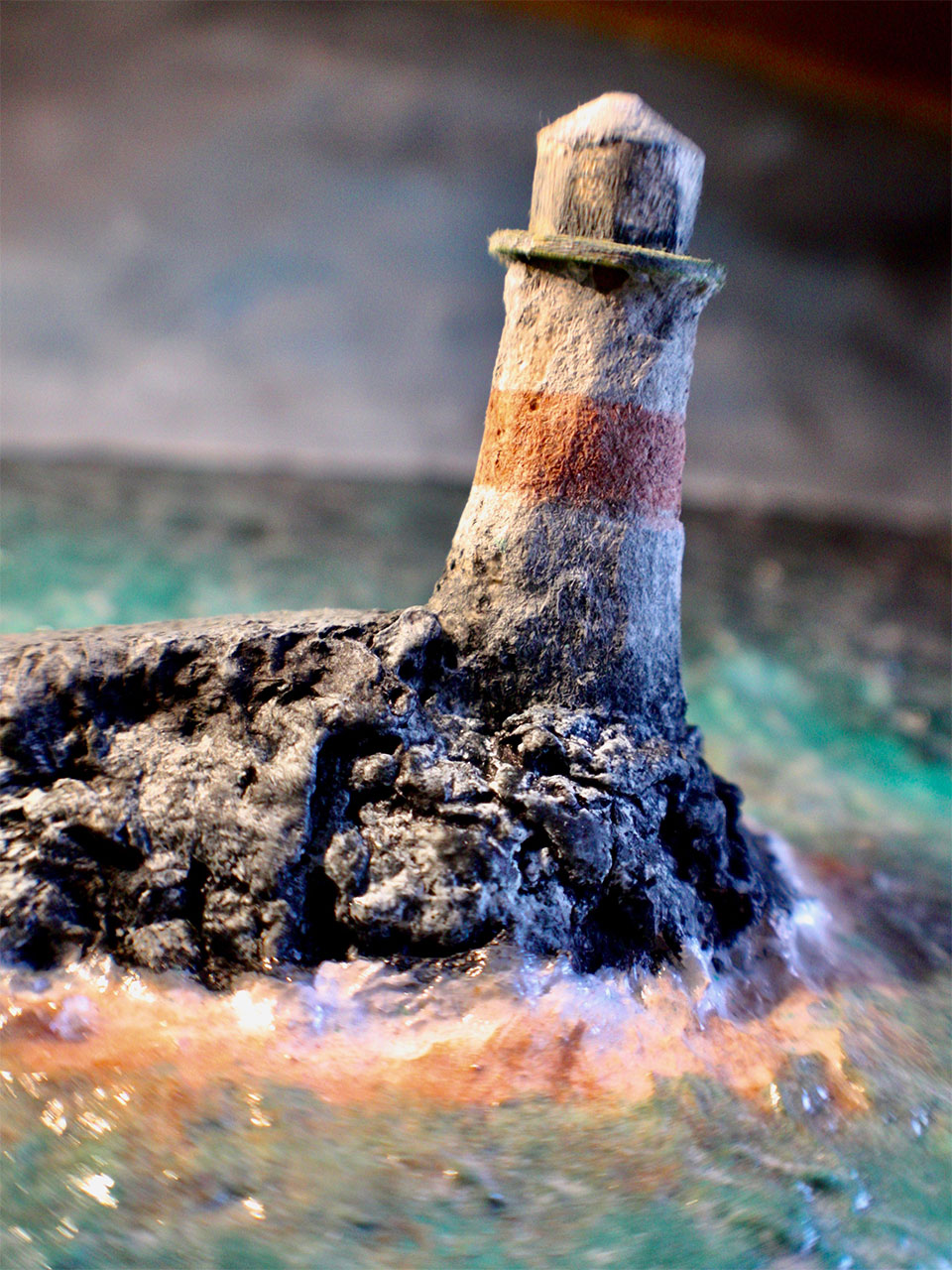 On the edge of the abyss